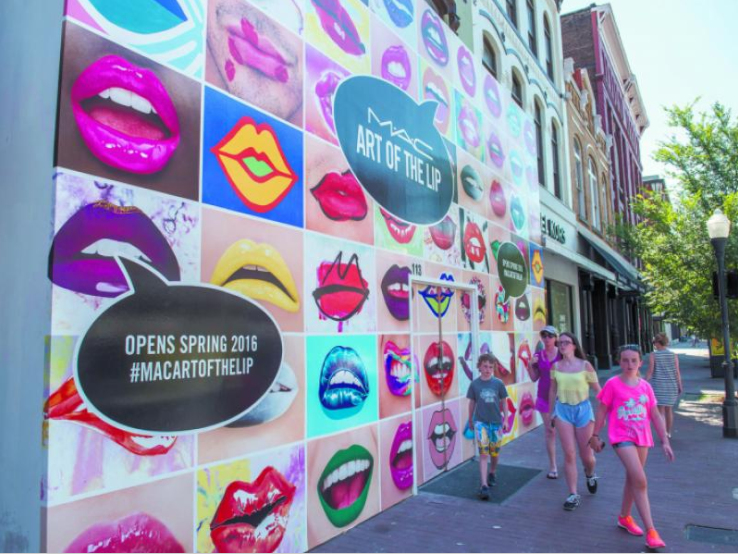 MAC among the new retailers to open on Broughton Street

“We are particularly excited to announce KREWE as this marks the brand’s second-ever brick and mortar location outside of its flagship store in New Orleans,” said Quito Anderson, CEO of Ben Carter Enterprises. “KREWE’s decision to open on Broughton Street speaks volumes of the viability of the Main Street shopping district and downtown Savannah as a whole.”

In December, a locally owned and operated Ben & Jerry’s will open at 25 East Broughton St., and will feature ice cream flavors special to the Savannah location.

Georgia-based Dress Up Boutique will also open its doors in December at 218 West Broughton St. The boutique was founded by three sisters from Dahlonega and specializes in on-trend fashion at affordable prices.

Currently based at the Savannah Mall, Nuts About Savannah will expand with a new downtown location just off Broughton Street at 41 Drayton St. The new shop is set to open in February and will sell all of their gourmet nuts, popcorn and delicacies.

“Returning the Broughton Street buildings to their highest and best uses is paying dividends beyond the Main Street,” said Beth Vantosh of Vantosh Realty Group, who was retained by Ben Carter Enterprises. “We are now seeing a spillover effect with new stores and businesses on the Bull Street corridor, from Park Avenue to Victory Drive and even south of Victory Drive.”

More than a dozen new stores, including J. Crew, H&M, Michael Kors and locally owned Dancing Dogs Yoga and Beetnix Super Food and Juice Bar have opened along the historic corridor since Carter began his $90 million restoration project in 2014.